Tokyo, Japan, Oct 16, 2017 --- Teijin Pharma Limited, the core company of the Teijin Group’s healthcare business, announced today that it has acquired the exclusive sales rights in Japan to the NeuroStar Transcranial Magnetic Stimulation (TMS) for treating depression that does not respond well to normal antidepressant drug-based therapies. The NeuroStar TMS device was developed by the U.S. medical device maker Neuronetics, Inc..Teijin Pharma is now evaluating opportunities to sell this device to medical institutions within the scope of the Japanese national health program.

The treatment of depression can have a very significant impact on patients, families and society, considering that untreated depression can lead to major societal and economic losses, even suicide in severe cases. According to the patient survey of Ministry of Health, Labor and Welfare, Japan has some 730,000 patients receiving treatment for depression and as many as 2.5 million including up to potential depression patients, of which approximately 30% are said to have treatment-resistant depression. To better address the situation, there is a growing need for safe new therapies since current augmentation drug therapies that combine agents with different mechanisms of action, and electroconvulsive therapies that apply electrical current to the head, carry side-effect risks although they are effective.

The NeuroStar TMS was cleared by the U.S. Food and Drug Administration as the nation’s first TMS device for the treatment of depression in 2008, and then last month it was approved under Japan’s Pharmaceutical Affairs Law by the Minister of Health, Labor and Welfare for treatment of depression in adults. The NeuroStar TMS has been proven effective in reducing or eliminating symptoms of depression by magnetically stimulating the brain’s left dorsolateral prefrontal cortex. This produces an electrical current in the brain which elicits action potentials and release of neurotransmitters. (Post, 2001). This also activates the deeper regions of the brain also associated with mood. (Kito, 2008). 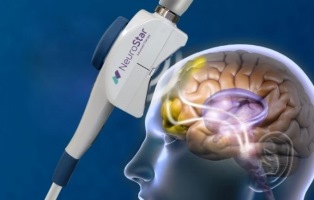 The NeuroStar TMS is used in an advanced therapy, a noninvasive magnetic-stimulus system that provides benefits without the side effects often associated with antidepressant medication. NeuroStar most common side effect is discomfort at or near the treatment site. 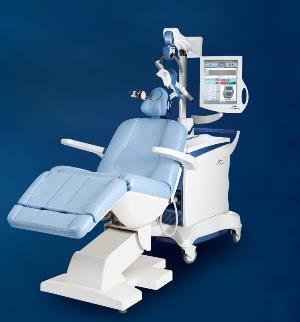 Teijin, as one of its key growth strategies, is diversifying its healthcare product and service lineups, including in fields with highly unmet medical needs, such as depression and other central nervous system diseases, to improve the quality of life for patients. Teijin pharma proceed the preparation for sales of NeuroStar TMS for medical institutions during fiscal 2018.

*Post, A and Keck, ME. (2001). Transcranial magnetic stimulation as a therapeutic tool in psychiatry: what we do know about the neurobiolgic mechanisms? Journal of Psychiatric Research 35:193-215

About the Teijin Group
Teijin (TSE: 3401) is a technology-driven global group offering advanced solutions in the areas of environmental value; safety, security and disaster mitigation; and demographic change and increased health consciousness. Its main fields of operation are high-performance fibers such as aramid, carbon fibers & composites, healthcare, films, resin & plastic processing, polyester fibers, products converting and IT. The group has some 170 companies and around 19,000 employees spread out over 20 countries worldwide. It posted consolidated sales of JPY741.3 billion (USD 6.5 billion) and total assets of JPY 964.1 billion (USD 8.5 billion) in the fiscal year ending March 31, 2017.